Having a knowledge of the speeds of various VPN providers can come handy. Various VPN’s come with various speeds. While some can be called as the fastest VPN service, others are not that speedy. Such differences in speeds can be noticed more by users who are into streaming videos, unblocking sites or services, etc, then those users who use a VPN  for a simple web browsing. 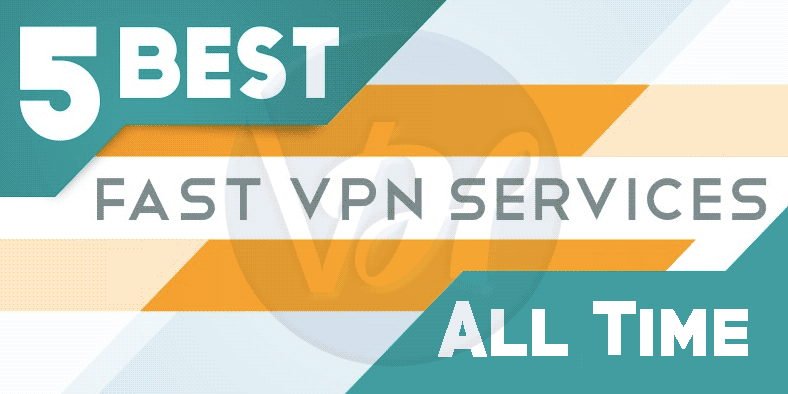 Indeed it is the speed of a VPN that matters the most to people in general. The relation between a VPN and the speed of your internet is decided mainly by the additional overheads produced by a VPN during the encryption of the online traffic which slows down the internet connection. Usually, the larger the network, the more affected is the speed. However, some VPNs do not impact your performance. This article gives useful information on some of the fastest VPN services of 2021.

Choosing the fastest VPN service in 2021

Although speed of a VPN service matters a lot one needs to give due heed to the performance of a VPN service. So here we would analyse some of the fastest VPN that are equally acclaimed for their security, performance and privacy. Also one needs to consider that factors like the time of day, your ISP, traffic density, the status of the service or website you’re using affect the performance and speed of the internet connection besides the quality of the VPN service. Some of the fastest VPN Services are listed below.

This is considered to be one of the fastest VPN service in terms of speed and the best in terms of performance. Having over 2000 servers and 148 server locations. All the servers are spread across 94 countries. The server provides a wide range of security option including OpenVPN, L2TP/IPsec, PPTP, and SSTP protocol support. The server is available for  Windows, Mac, and Linux platforms. Besides it also comes in Apps for Android, iOS, and Blackberry. The other attractive features of this VPN service include kill switch, and private ‘zero-knowledge’ DNS solution. It is important to mention here that the subscription plans of this VPN service come at a bit expensive price, although there are certain offers and schemes available.

Serving more than 700 servers, over 70+ locations and 200,000 IP addresses this service can be termed as the fastest VPN in terms of its download speed. The user is benefited by VyprDNS service, NAT firewall, 256-bit encryption, standard security protocols and a network which is fully managed by the VyprVPN. Consequently, the best speed is delivered by the provider. Some of the drawbacks of this otherwise fastest VPN are that a complete anonymity of the user is difficult, it is expensive, has no refunding policies. It is better to use its free 3-day trial, before buying any services. The packages available include a Basic $9.95 or $5 per month billed annually, Premium $12.95 monthly or $6.67 billed annually.

Also Read:- How to Change IP Address to Protect Your Privacy

There is no logging of your online activities, so you can rest assured of the privacy policy. Equally good is the security since it has OpenVPN UDP or TCP, PPTP, and L2TP as supported protocols. However, there is no  free trial of this VPN available.

This VPN is considered to be the best fastest VPN service of 2021 for desktops PC’s. it is available in three packages viz: [$12.99 a month] 1-month package, [$9.99 a month] 6-months – $59.94, [$7.62 a month] 13-months (1 free month for the first year) – $99.00.Although it is pricier VPN it has a good refund policy. Some of the attractive features of this VPN include a low levels of latency, and fast performance. It is available for Windows, Mac, and Android and not for iOS app. The privacy is well protected.

Speedify has over 1000 servers, 40+ server locations. and supports a maximum of 5 devices. It is therefore one of the best VPN of 2021 for multiple internet connections. And it provides a 1GB per month free plan. This is one of the fastest VPN as it allows you to join multiple connections such as Wi-Fi, cellular, fixed broadband. Besides it also has low latency. It is available for Windows, Mac, iOS, and Android platforms with a well-protected privacy.