VPN routers are a great security solution for businesses and large households. Setting up a VPN router at home or in an office will allow every user to stay safe and keep their online activities private. Read on to learn more about VPN routers 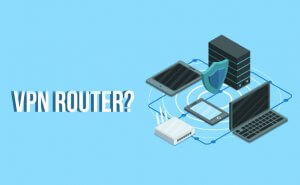 What is a VPN Router and How to Get One

In other words, connecting a router to a VPN is a great way to ensure protection to multiple devices at once. That is why it is a great solution for homes and offices where a lot of users are simultaneously connecting to the internet. With a router, every user will be able to browse safely thanks to the strong encryption provided by the VPN. Users will also be able to access geo-restricted content, take advantage of local deals, and stream Netflix as if they were directly connected to a VPN.

Before we get into the benefits of having a VPN router, here’s how you can get one. There are three types of VPN routers, including VPN-compatible routers, pre-configured routers, and manually flashed routers. If you don’t already own a router with built-in VPN support, you can find one in any local tech store. Another option is to upgrade a regular router through a process called flashing, which requires some technical expertise.

It is also important to choose the right VPN for the process. We recommend looking for virtual private network providers that offer high-speed connection capable of covering activities of multiple devices at once (for example this one). The provider should also offer a variety of server locations and encryption protocols. Make sure that the VPN you opt for has a strict no-logging policy and provides reliable customer service in case of any issues or concerns.

The Benefits of a VPN router

A VPN router allows users to take advantage of all the benefits provided by a virtual private network (data encryption, secure streaming and transactions, unblocking content, etc.). However, VPN routers have several specific advantages. For starters, a VPN router provides an unlimited number of connections. In other words, users can connect as many devices as they want to their router and each device will use the encrypted VPN connection.

This means that all your family members and guests will be able to browse the internet securely when they connect to the VPN router at your home. It is also much easier for businesses to provide VPN services to all employees through a router rather than having to ask each employee to connect to a VPN on their own.

Another benefit of using VPN routers is platform flexibility. It means that users can connect multiple different devices or consoles to a VPN router instead of having to configure VPN on every single device. This makes streaming on Apple TV, Amazon Fire TV, or any Smart TV more secure. Connecting these consoles to a VPN router allows users to stream anonymously, unblock geo-restricted content, and have global access to all available shows.

Last but not least, a VPN router is a very practical solution, since it only requires one single login. Instead of having to log into VPN networks every time they use a device, users will be connected to the VPN as soon as their devices connect to the WiFi. That means you only have to configure the VPN once and there is no need to log in over and over again using multiple devices.

It is safe to say that setting up a VPN router is the most effective security solution for larger groups of people who use the same network. Besides, configuring a VPN on a router is much easier than you would imagine, especially if you purchase a router with built-in VPN support for easier installation.

Once a VPN is installed in the router, any device that connects to that WiFi is protected by the VPN. Fast VPN connection plays a crucial role in the process, especially if there are more than five devices connected to the router. Therefore, opt for high-quality VPN providers and stay away from free VPN solutions.