A Chromebook may appear to be similar to a laptop, MacBook or a Zenbook but it isn’t similar in every respect. In this article, we’ll try to explain, what is a Chromebook. Also, we’ll analyze Chromebook Vs. Windows and Chromebook Vs. Laptop. We will describe all things clearly, So, you can easily understand everything. 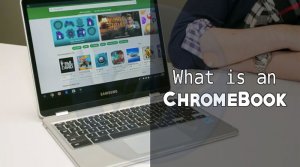 What is a Chromebook

The Chromebook runs on Google’s Chrome OS. It has a search button at the bottom left corner of the taskbar (Vs. the start button of Windows). Also, shortcuts to  Gmail, Google Docs, and YouTube are in the bottom left side. On the bottom right is the status bar. Wi-Fi, Bluetooth, volume, and settings are on the status bar. Analysing the operating system of the Chromebook Vs. Windows and MacOS, we can say that Chrome OS is much lightweight. The time taken for updates by Chromebook Vs laptop is incredibly less.

Also Read:- What is 3D Rendering in the CG Pipeline?

2. The Apps run by Chromebook. 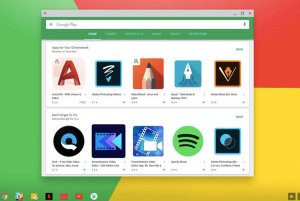 What is a Chromebook uniqueness is that it uses only web apps and not downloaded applications? So there is some disappointment in using a Chromebook Vs. Windows, as you cannot enjoy popular apps like Photoshop, Skype, iTunes etc. Chromebook does, however, handle Word and Excel files. One may ask then what is a Chromebook benefit in terms of using apps. The answer is that you can without internet access edit  Google Docs, and watch movies and shows on Google Play. Also, you can download multiple videos/ movies simultaneously.

Also Read:- What Is a WAN? | Wide Area Network Definition

The price analysis of a Chromebook Vs Windows, or Chromebook Vs laptops, proves Chromebook to be cheaper. It starts at a price of approximately $200 and ranges to a maximum of  $500 (except a few)

The Build of Chromebook Vs Windows is much similar, having plastic bodies and low-resolution displays aluminum Retina Display.

The storage offered by Chromebook might appear very little compared to Windows but one has to keep in mind that a Chromebook offers web storage. A Chromebook can have a 16 GB or 32 GB 64 GB SSD’s whereas a Windows laptop can have as much as 500 GB hard drives. The shortage of a local storage in Chromebook is to some extent fulfilled by the  100 GB of free Google Drive space provided by google for the first two years after the purchase of a Chromebook.

6. Handling of the printer

Since downloading of applications on a Chromebook is not possible, printers drivers too can’t be downloaded and installed on a Chromebook. Therefore connecting a Chromebook to a USB printer is not possible on your Chromebook. What you need to do instead is to route your print jobs over the web using Google Cloud Print. The printer has to be a cloud-ready printer that can connect directly to the web. The other option available for you is to use a classic printer connected to a Windows computer or Mac.

By now you must have got an idea of what is Chromebook and how it differs from Windows laptops. In a gist, one can say that chrome is economical, offers better features offline, works well with low-end parts. Although it does not run all the needed apps, and offer very little local storage, it is convenient and light to use. Similarly, it does not work with the printers available easily in the market, but the benefit is that one does not have to worry about updating it now and then to a new version like one has to worry with other laptops.