WAN which translates to Wide Area Network is a term which we all have come across at least once in our lives. As the name indicates, WAN is a network which helps us to communicate over large geographical areas such like cities, states or even countries. WAN is usually divided into types, Private which is used by the business organization to keep their different branches connected via data transfer and Public which helps in connecting smaller networks to each other. 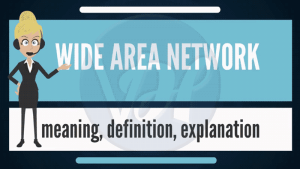 What is Wide Area Network (WAN)

To make it easier for you to understand, Internet can be treated as WAN. The Internet can be considered as a WAN that connects many LANs (Local Area Networks) and MANs (Man Area Networks) through the use of ISPs (Internet Service Providers). It is WAN which allows the smaller networks around the globe to communicate with each other.

Also Read:- What is Netflix Roulette? How Does it Works?

It is possible to connect to a WAN through a VPN (Virtual Private Network) which is able to provide security to the data transfers and communication taking place between multiple websites. VPNs are great for business use whereas in the case of public use, optical fibers prove to be a great help by allowing the multiple links of WAN to contact with each other. 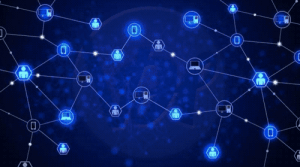 During the 1970s, WAN came into existence with the help of technology known as X.25 and  the ATM, online information services like CompuServe and transactions systems of credit cards were supported. After X.25 it was Frame Relay which not only simplified X.25 but made the high speed WANs less expensive. Frame Relay was succeeded by Multiprotocol Label Switching (MPLS). MPLS improved the protocol and made it possible to handle video as well as the voice traffic along with the normal data traffic.

Also Read:- What is a DNS Server and How Does it Work?

The quality of services that MPLS was providing proved to be fruitful and help them to make it bigger than Frame Relay in the market. T1 and T3 lines act as a support system to VPN and MPLS communications.

Over the time, point to point Ethernet links came into existence and have been used to build Wide Area Networks. Ethernet WANs are usually expensive but the best in terms of speed. Ethernet is capable of providing its users with a huge speed of 1GBps as compared to the speed of a traditional T1 line which cannot provide a speed more than 45MBps.

There are also Hybrid WANs which consists of MLPS and T3 lines. These WANs are good options for business organization who want to enjoy a good speed for data transfers apart from connecting their smaller branches with each other.

Please like and share this article with your friends, colleagues and relatives to let them know about WAN as well as its uses. It might be something they have been looking for from a long time. Feel free to comment your query, questions and reviews in the comment box.

With better use of technology, we can expect better minds. Technology has never been about what has already been explored but more about what is to explored. It is important to understand that Internet is more of a power and with great power comes great responsibility.