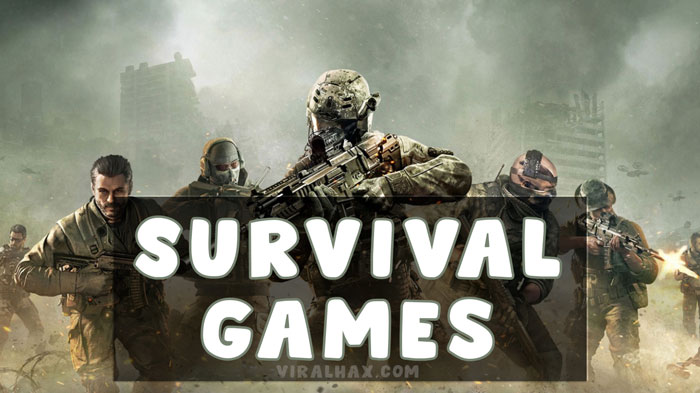 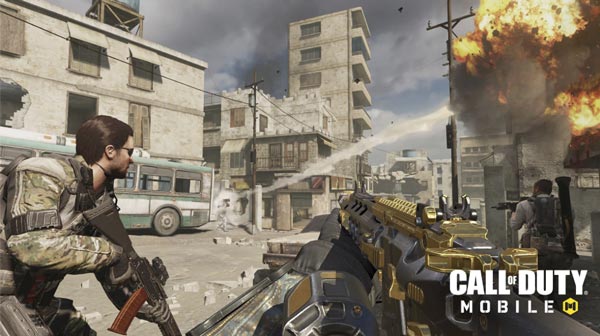 The first game from the list of best Survival Game of 2021 is Call of Duty: Mobile. It is one of the most downloaded games with more than 7 million downloads on Playstore. The game is free to play. And there are different Maps to play on. You can play with other players around the world. The game has amazing 3D graphics and sound. Also, you can customize your own loadout. The game is very engaging and exciting to play. 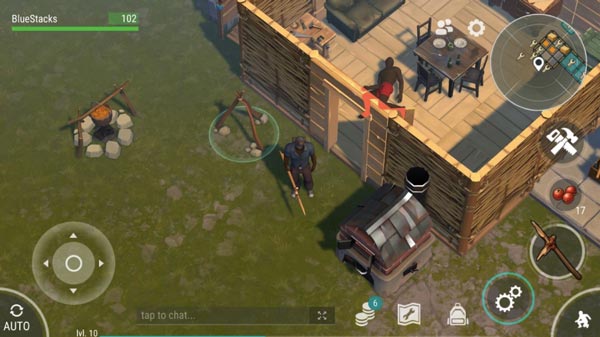 Last Day on Earth: Survival is also one of the best Survival games of 2021. It is also one of the most downloaded survival games. The gameplay is engaging and attractive as well. In the game, you will have to collect resources such as food items, water and crafting items from different places while protecting yourself from zombies. You will also have to kill zombies and make your way for survival in the game. 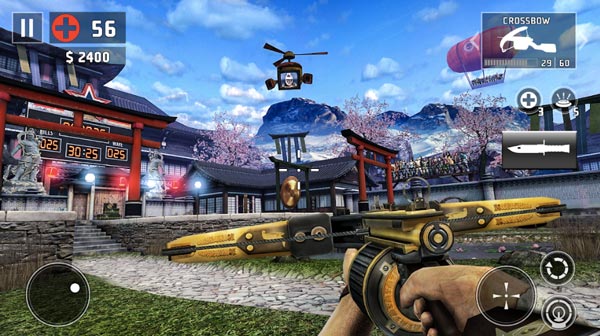 Here comes the third game from the list which is Dead Trigger 2 – Zombie Survival Shooter FPS. It is also a zombie shooter and survival game where you will play as the survivor character. You can select a gun for you to kill the zombies around. You can play in different operations such as Side quests, Story, or Global Missions. The game has amazing and great action graphics and mind-blowing FPS Strategy Survival Gameplay. 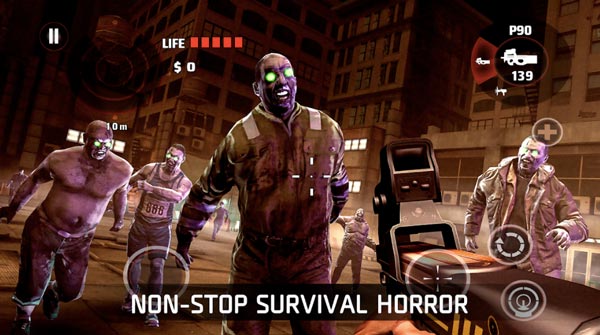 Dead Trigger is also in the list of top survival games for Android. It is an offline Zombie Shooter game. In this game, you will have to kill the zombies, save the survivors, explore the city and protect the safe heaven. The game has great graphics and visual effects. Also, the gameplay is very engaging and attractive at the same time. You can also upgrade with 13 different character upgrades such as Auto Heal and Radar. And you can also add your friends too. 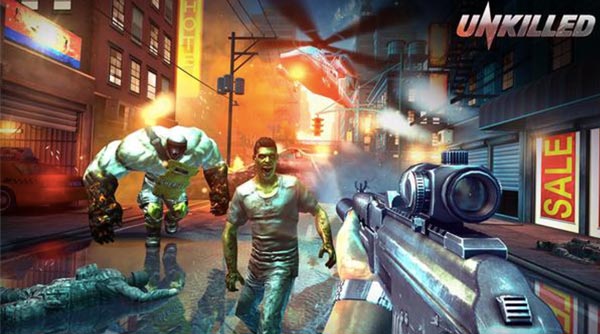 Now, the fifth game from the list of best survival games for Android is Unkilled-Zombie FPS Shooting Game. As you can predict with its name that it is also a Zombie shooter game. It is an online PVP Multiplayer game. The game has the best story, easy controls, exciting gameplay and a lot more. This game includes over 150 thrilling solo combat missions, great graphics, sound effects, etc. You can use more than 40 powerful weapons, including machine guns and shots guns, in the game. It also supports a number of gamepads. 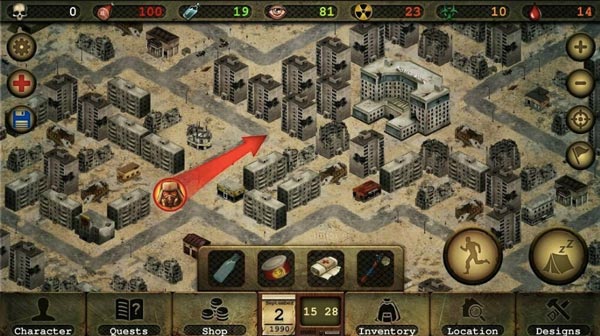 Day R Survival is also one of the best Survival Games of 2021 that you must try at least once. In this game, you have to survive in the world, destroyed by nuclear radiation. You will see hunger and diseases all around keep yourself safe and full of resources. You will have to cross the country to react to family to save them.

The game features Hardcore Survival, Realistic world, Endless possibilities, Skill Upgrade, People, Stories, Cooperative Mode and a lot more. You will fight with your hunger, thirst, monsters, and a number of diseases in the game. 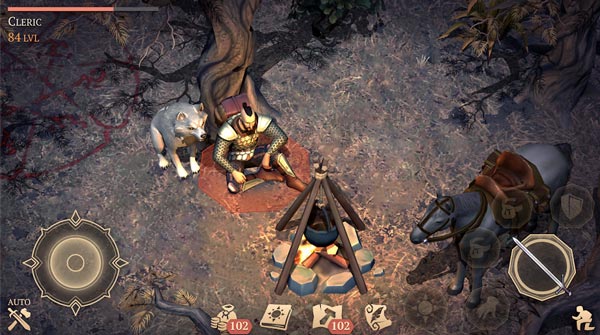 Another top survival game of 2021 that you can try on your Android or iOS devices is Grim Soul: Dark Fantasy Survival. In this game, you will have to survive in Plaguelands, which was once a prosperous Imperial province. The people are turned into souls and the place is covered by darkness.

You will have to survive there, collect resources and make yourself safe. You can build a fortress for you, and defend yourself from zombies and other monsters. You can explore new lands, craft new things, improve your castle, solve the mystery, join a clan, befriend the Ravens, Clear Dungeons, kill zombies and a lot more. 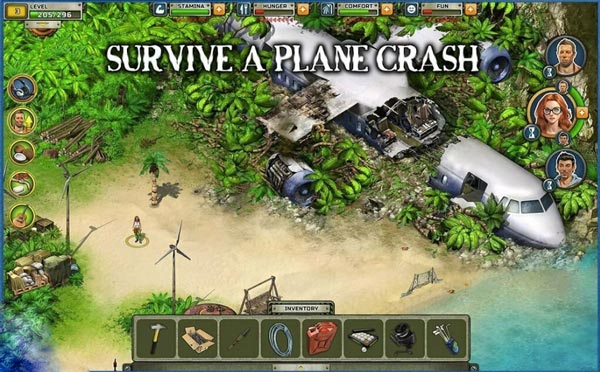 Survivors: The Quest is also on the list because of its amazing and interesting gameplay. In the game, you will have to collect resources, craft tools, while exploring the ruins and help your team to survive on an island. You can solve a number of match 3 puzzle games to solve different quests as well as to solve the mysteries too. Also, you can grow and harvest your crops, and save yourself from bizarre creatures. You can explore beaches, mountains, jungles, etc to find resources and valuable tools for craftings and weapons. 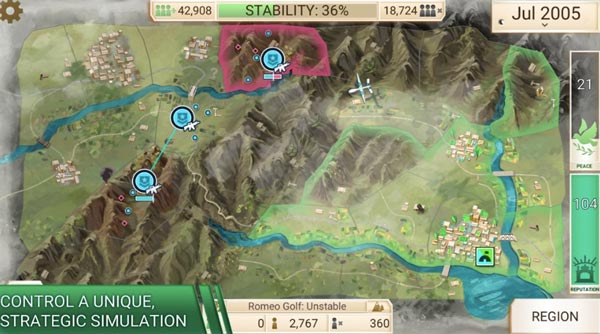 Here is our ninth game from the list which is Rebel Inc. The game has the most engaging, attractive and strategic challenging gameplay. Rebel Inc features 7 richly modeled regions, detailed and realistic world, Smart AI, 8 different governors with different abilities, etc. You will have to balance the military as well as civilian priorities. And win the hearts of people. It is one of the most downloaded games. So, you must try it once. 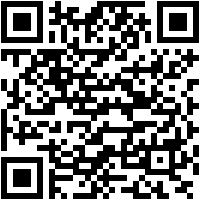 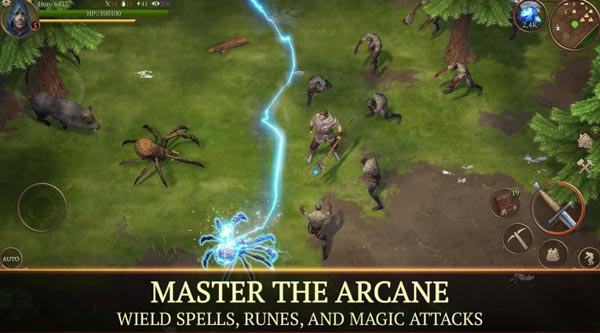 Now, last but not least, Stormfall: Saga of Survival. It also on the list of the best Survival games for mobile devices. In the game, you will have to survive in a land full of hunting beasts, snowy mountains, forgotten ruins, and ancient sorcery. You will have to collect food, craft weapons, build a shelter for you and defend yourself from beasts. Also, Build your clan, defeat the darkness, master the wild, discover factions, resist the curse and a lot more. So these were the 10 best Survival games of 2021. I hope this article will help you to find the best free survival game for you. All of the listed games are the top-rated survival games that you can play for free. If you have any doubts or queries related to this article, you can share it with us in the comment section. At last, thanks for visiting. Keep visiting.