Long gone were the days, when you have to buy a CD or DVD to listen to your music online. But, nowadays, there are lots of online platforms which allows you to listen to music without purchasing a CD. Almost each and every platform provides similar services, but still choosing the best one can be a confusing task for you. Check out the Spotify vs Pandora battle to decide the best option as follows: 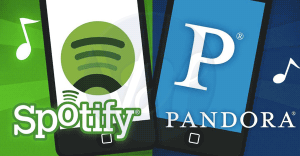 Spotify vs Pandora: Which One is Best For You?

Pandora and Spotify are one of them which are currently popular on the internet. Both of them are easy to use, contains lots of free and paid features, but which one provides the best service and is the right option for you?

Also Read:- LED vs LCD: Differences Between Both Displays 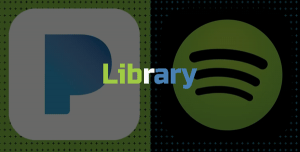 While streaming music online is becoming more popular and popular, so it becomes an important task to decide which one has the largest music library. If we look for only Spotify and Pandora, then the Spotify wins the race with over 20 millions songs. Nowadays, users are looking for more and more songs available online so that they can get a large variety to choose from. If you are looking for a large music library, then you should opt for the Spotify instead of Pandora.

2. Pandora vs Spotify: User Base 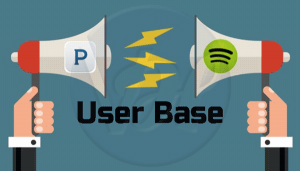 In terms of Users, Pandora wins the race with over 250 million registered users worldwide. Also, note that the Pandora can be accessed from only 3 countries, whereas the Spotify can be used from over 50 countries. Spotify has only 40 million users worldwide which are too lower than the Pandora. However, the boundaries of Pandora is not growing, whereas the Spotify is growing its reach daily. In short, Pandora has a bigger audience than the Spotify, thus Pandora is the winner in regard of users. 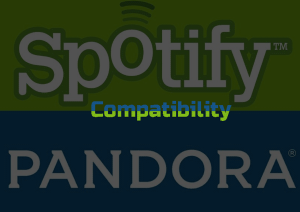 Pandora is available on Android, iOS, Xbox, Blackberry, and Windows operating systems, whereas the Spotify is available on almost every device. It’s a web-based platform which you access via any operating system. Also, the Spotify is more device friendly than the Pandora. Whether you are an Android, iOS, or Blackberry user, there’s one fully compatible application which will run smoothly on your device.

Spotify vs Pandora: Which One is the Right Option?

Both the Spotify and Pandora offers a great listening experience and have lots of impressive features. But, still, a question arises, which one is better? The answer is simple, As mentioned above that the Spotify houses more music and has greater value than the Pandora, so there’s no question to choose Pandora instead of Spotify. But, it doesn’t mean the Pandora is not useful. All the things depend on your needs. You can choose the right one depending on your needs and requirements.