Hello guys, our today topic is Sony Vegas VS Adobe Premiere. In this article, we will compare both of software. Sony Vegas and Adobe Premiere have been in the market for a long time, now and it has always been a point of debate, and many sites provide their reviews but ” I would prefer this” kind. Here we will be comparing these software but on their specifications and functioning. 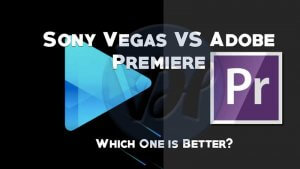 Sony Vegas VS Adobe Premiere, Which One is Better?

As we take a look to the spec-sheet, we cannot grasp any difference but Premiere has more advanced audio and effect modules. However, Sony Vegas has easier functionality and will be the better option for newbies to get a grip on video editing software.

Adobe Premiere has sophisticated functions. A newbie should prefer Sony Vegas because it is best for learning purpose though it is not a point that should be considered for experienced, it will help the newcomers.

Although the specs of both the software are same, but it should be taken into consideration that Sony Vegas is a windows product only, although Adobe Premiere works on both windows and mac.

Editing Features that both software’s provide are:-

Adobe provides more features namely Animation Tool, Video Transition, and 3D Editing. Premiere provides with more feature and ability in the editing department, but it has complex functioning of features which leads to complex structure interface though Vegas provide good results from the start. 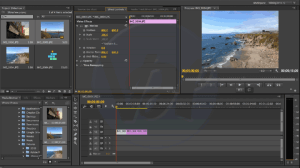 Adobe Premiere has Mercury Playback Engine which provides the Realtime render less real-time playback which saves a lot of time and Premiere’s multiple camera abilities is comparable to no other software and will help for producing professional cut videos. 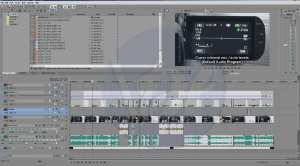 Above the feature and functionality, we should take into consideration that which one will be better for long-term use? Sony Vegas comes with simple functioning and rendering, but Adobe Premiere will help you with the professional level editing which involves sophisticated editing. If you start with the Sony Vegas and in future, you’ll need to switch to Adobe for more sophisticated editing, it’ll require a lot of time to understand the functioning of a new software and one which has a lot of complex functioning as Premiere. So, it would be better if you’ll choose one with more features. 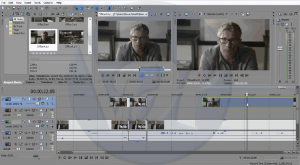 Besides the first comparison, we should take in the consideration that which software have more workflow efficiency and compatibility. Adobe Premiere can support twice the number of formats and has real-time playback option that can save a lot of time with more formats being supported. 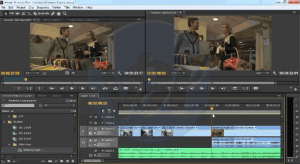 Adobe Premiere comes with the integrated support of other Adobe software like photoshop, after effects, etc. And it will provide more advanced options and advantage for video editing. If you want to add animations, transition, motion effects and other composite effects adobe will be the best option. 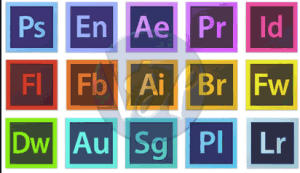