Nowadays, the PC buyers have a choice about what kind of storage to get in laptop and computer. If you look at a modern laptop or computer, then you will see that most of them come equipped with solid state drive. This form of storage now comes in every that has a better option than the traditional ones. So, What does the term SSD mean and How does it differ from the traditional hard disks? So, without further discussion, let’s move to the point directly. 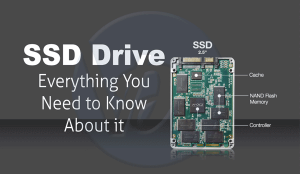 1. What is a Solid State Drive?

An SSD stands for solid state drive which is a mass storage device much similar to the computer RAM. It is a storage device which uses non-volatile memory as a means and storing and accessing the data. Unlike the traditional hard drives, an SSD drive has no moving parts, and it stores all kinds of data and information in memory chips, which makes it an easy task for the user to access the stored information.

As the costs have come down, solid state drives have become suitable substitutes for the traditional hard drives in both laptop and desktop computers. Now, you might say that this type of technology is already available in the flash drives that plug into a USB Drive. In fact, both the devices use the same type of non-volatile memory storage to retain their capacity. SSDs are also an excellent solution for the apps like netbooks and nettops that don’t even require a lot of storage.

2. Why Should You Use Solid State Drives?

Solid State Drives have grown so popular from the past few years because of some of its advantages. The majority of this comes from the fact that it doesn’t have any moving parts, whereas the traditional ones have spin motors and all the storage is handled by the magnetic platters. Solid State Drives provides these three distinct advantages:-

Also Read:- What is Cached Data? And How to Clear Cache in Android 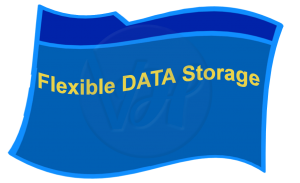 Flexible Data Storage will make most of the techy people happy because the faster speed of an SSD help enable fast loading so that people can spend more time in doing work rather than waiting. Also, you can use an SSD drive like a flash drive.

Also Read:- What is SSID? Everything You Need to Know About it

Also Read:- What Is an IPSW File?

That’s it! Above are the tweaks that you can make to your computer to take much out of the solid state drive. I hope this article helped you to get the required information that you are looking for. If this helped you, then share it with your friends, family and with people those who are looking for the same. At last, if you have any doubts or questions in your mind, then feel free to share them with us in the comment section below.