Still confused to make a choice between the intel and Ryzen? You don’t need to worry about this anymore. In this blog post, we are going to do a battle between both the processors so that you can make a better choice. The battle will contain things like price comparison, feature comparison, and compatibility. So, without any more discussions, let’s start the Ryzen vs Intel battle to help you make a better choice. 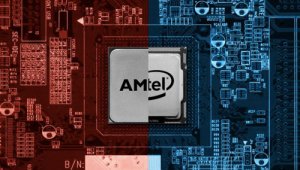 Intel’s stock coolers aren’t productive when we compared them with the AMD Ryzen ones. As Intel coolers are compatible with K-series models so it’s not a better choice to spend extra money on another motherboard.

AMD Ryzen stock coolers are productive as well as compatible with the X-series motherboard. Aside from that AMD Ryzen 7, 2700 X has the TDP of 105 W that’s quite greater than the Intel processors.

Motherboards are one of the important components of a device which we need to consider before spending money on a processor. AMD Ryzen allows and supports X-series motherboards which are quite cheaper as compared to the Intel ones. On the other hand, Intel supports and work best with Z-series motherboards which is expensive and not everyone has money to spend money on it. In short, if you have money to spend, then you can go with Intel and if you can’t afford, then AMD is a better option for you.

Also Read:- CDMA vs GSM | Which One is a Better Choice?

If you love to play heavy games on your device, then it becomes a crucial decision to choose the best processor. In gaming, Intel beats AMD Ryzen because Intel processors have the ability to provide you better gaming performance. As they Intel Core i5 has the best gaming performance which can help your device to run games smoothly. On the other hand, Ryzen also gives a better competition to the Intel processors, but still, there’s something missing in the AMD Ryzen processors.

In terms of productivity, both the processors have their own pros and cons. Intel processors are quite faster when you use them for animation and photo rendering processes, whereas the AMD processors are completely different in that case.

Ryzen vs Intel: Which One Should You Choose?

To be honest, It’s still quite difficult to suggest a better choice for you because everyone has their own requirements. If you ask me personally, then I would recommend you to use Intel as it works best with almost each and every device, but it doesn’t mean AMD is useless. You can use it too if you can’t afford expensive motherboards and processors. At last, thank you for reading this blog post.