So you’re looking to buy a new PlayStation but probably wondering which one to buy, then this article is for you. Today we will be comparing two separate models of PlayStation. Both have capabilities of playing the same set of games although different in many aspects of design and game handling. Welcome to this ultimate battle between ps4 pro vs. ps4 gaming console. Let’s begin. 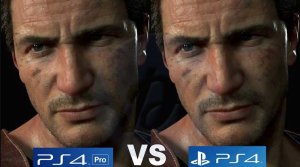 The main difference in the nutshell will be the resolution in which the game renders. Where ps4 is limited to only 1080 game rendering whereas the new PlayStation pro can hike up to 2160 or simply we can say 4k gaming. Since in the earlier days, 4k gaming was only limited to the only pc, but now with the latest ps4 console, you can play 4k games on consoles as well. 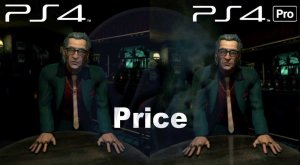 Obviously, the name pro means professional features. But are these pro features worth your money? In short, you are getting more sleek hardware. How much you have to pay for this you ask – about 100 bucks. 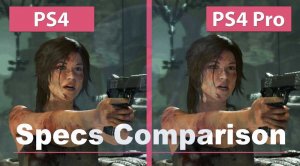 As you can see in the table the biggest difference between is the power consumption. Soy claims that the new PlayStation pro has a max power out of around 165 watts which is relatively low that the 250w att of previous PlayStation models. Also on top of that, you can play 4k games. A cherry on the cake!

PlayStation is undoubtedly the best thing if you like the comfy gaming where you are sitting on a couch with your significant one trying to have some fun. However, when it comes to the battle of ps4 pro vs. ps4, the statists dominates. In general yo have o pay premium for the pro features which come with the pro version but it also. You are not only getting the pro stuff but also the premium and sleek design which adds value to the pro tag.

Now the question arises that wether should you be buying PlayStation pro or not. Well, the answer depends on your needs, If you only want to play games and don’t care about the graphics quality at all, then the normal ps4 would do the trick. But if you want to enjoy 4k gaming then you gotta try the pro version.