If you are a windows pc users, you may have already heard about the amazing Notepad ++. Notepad is the most popular and best code editor. It is available only for Windows devices. Notepad ++ is used as a code editor by professional coders. As Apple doesn’t allow its software to be used on Windows. Similarly, we can’t use windows software like Notepad ++ on Mac. If you have shifted from Windows to Mac and are missing Notepad ++ Mac. 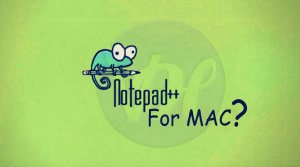 1. Brackets For No Cost

In my opinion, Brackets is the best code editor for Mac as it is available for free. It is developed by Adobe and is considered as the best alternative to Notepad ++ Mac. It provides a lot of features like “Extract” which gives different fonts, colors,  gradients, and measurements. Brackets automatically extract information and convert it into CSS. So, it saves a lot of time while converting PSD to the website. Adobe updates it regularly with latest features. It also gives extensions which help in coding like JSHint Support etc. So, it is a great option as Notepad ++ for Mac.

If you are a well to do coder and are ready to invest in a code editor, then Sublime Text is the best for you. It is a simple code editor and works similarly as Notepad plus. You can get a lot of awesome features like customizable interface. Its best feature is the Slick mode, which prevents you from the Internet when you are working. With the GoTo Anything Search Option, you can directly open different files, search for specific words etc. It is available for $70. After buying the license for $70, you can install it on any pc, also on Mac Os X.

Jedit is the best alternative to Notepad ++ for Mac for professional programmers and editors. It is a combined form of editors for Mac, Linux, and Windows. The best part is you can any function directly with keyboard shortcuts. It includes large clipboard which allows you to copy and paste unlimited text. It is the third best editor as Notepad ++ Mac. You can modify Jedit as you want. It is used by a lot of developers to develop extensions, softwares etc. You can use it totally for free.

Macvim is also one of the free Notepad ++ code editor for Mac. You may have heard about the Unix Editor Vi. Macvim is a clone of Unix Editor. Along with all the features of Vi, it includes a lot of more helpful features.  Main features include Syntax highlighting, detect errors, easy customizability. Macvim is available in different verisons for Mac OS, Dos, Unix operating system. The best feature which makes it unique is it is available for android and iPhone. So, With Macvim you can code even in your phone.

Komodo Edit is a free IDE which can be used for a lot of programming languages. Notepad allows to do only basic coding, but with Komodo edit, you can code languages like C++, and even Python an Mac. So, we can say it is a step ahead from Notepad ++ for Mac. It is mostly used by professional coders but if you are a starter, you can use the light version for coding. It is also a good option in the list of Notepad ++ for Mac

So, these are some best text editors similar to Notepad ++ for Mac. Most of them are free while some require you to purchase them. All these cover same features as Notepad++ Mac. You can use them for coding and text editing.