The mobile gaming market has grown tremendously in the past few years. And the number of advertisers who are willing to buy in-app views has also increased. Of course, this is not surprising at all. Nowadays, it is hard to imagine a person who doesn’t use a smartphone. Moreover, there is a significant part of gamers among billions of mobile users. They spend a few hours per day on mobile games and this makes them a perfect target group for advertisers. 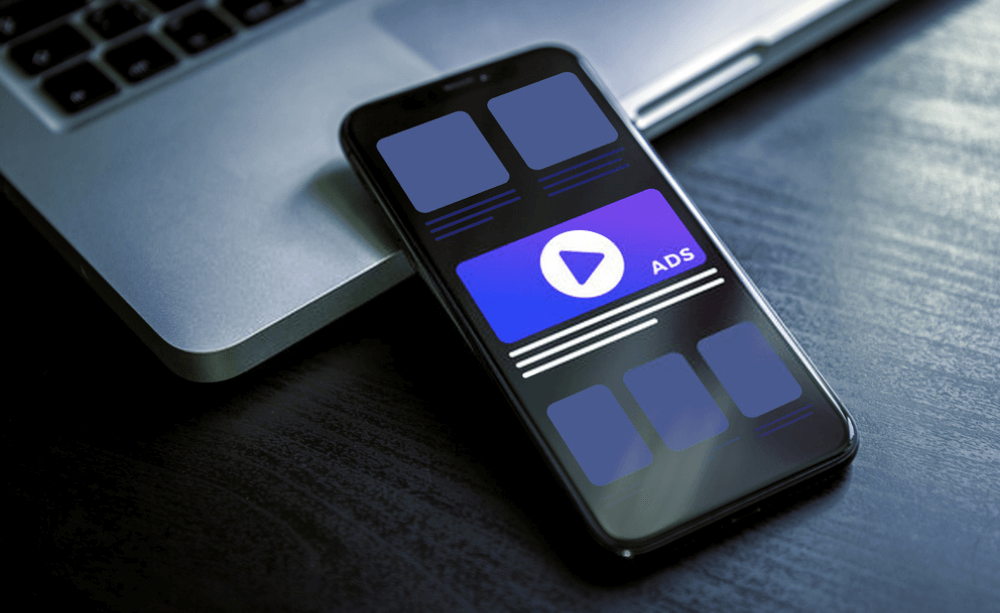 There are several basic formats of advertisement in mobile apps. Some of them are a little bit outdated, while others just gain popularity. And in this article, we will describe the most important and popular formats of advertising in mobile games, which will remain in trend lists during 2021.

It is a rectangular advertising block of one of the standard sizes: 320×50 — Banner, 320×250 — Medium rectangle, 320×100 — Large banner, and others. It represents blocks of graphic images or text that appear on the screen during the game.

Of course, banners have their pros and cons. The big advantage is that they generate a large number of impressions and can be used frequently. But clients get only a small income from such views. In other words, the game must have a really large audience for efficient use of the format. The second and biggest disadvantage of banners is that they block the gameplay and irritate players. Today, monetization of mobile games with banners is rarely used.

Practice shows that the most effective are expandable banners. They are always minimized and do not annoy users (players have to tap on them). In this case, such banners give a good conversion rate: they are viewed only by interested users.

This is a Full-screen ad in video format. There are two versions: usual Video Interstitial — ads that can be skipped or closed by clicking on them, and Rich Interstitial, which can not be missed — users are forced to watch it till the end. This annoys many players: they can’t wait to start the game but are unable to do so. However, this format is sometimes the most effective one.

This simple format has long been one of the best mobile game advertising methods. Its idea is quite simple. Users receive a reward in the form of game currency or other valuable features after watching a special video. According to experts, mobile game users perceive videos with rewards the most favorably among all other types of advertising. It is also the easiest way to engage users and keep them enjoying the gaming process. Thus, reward videos contribute to user retention in the short and long term. But there are a few essential rules. Reward videos should not look like a distraction or an obstacle. It is important to make them a logical part of the game, and only then the reaction of users will be positive.

Native ads organically fit into the app, adjusting to its design and context. Due to the format and content component, they look like part of the game and are considered more informative and readable. For instance, the advertised product can be integrated into the gaming process, company names can be mentioned in the storyline, as well as brand logos can be placed on buildings and other objects in the game. Such advertising shows really good efficiency and is also loved by players. Still, it can be hard to track the exact conversion statistics for such ads.

This is one of the newest trends in 2021. Playable advertising format mostly implies the promotion of a game within other games. The user is allowed to test the game for a few seconds or minutes and then can follow a link to download it. The playable format can also be used to advertise products and other services, offering an interactive opportunity to try out their functionality instantly.

There are numerous kinds of mobile game ad formats today. Most of the players are already used to seeing constant advertising and do not treat it so negatively. Still, it is better to make creative ads that do not distract and annoy players. If developers follow this simple rule, then users will definitely spend more time in the game and bring better advertising conversions.

It is advisable to choose the type of ads which will better fit the genre and specifics of the game. For instance, the most effective format for free games is a Rewarded Video. Players love gifts and rewards, so they will happily click on such bonus ads. In other cases, to choose the most appropriate option, you should consider the visual architecture, storyline, and design of each game.