Multiplayer Online Battle Arena primarily known as Moba games are one of the most entertaining genres out there. The best part about it is that you can have your friends beside you and enjoy playing the Moba games with them. I don’t think, there’s anything more entertaining than playing games together with your friends. 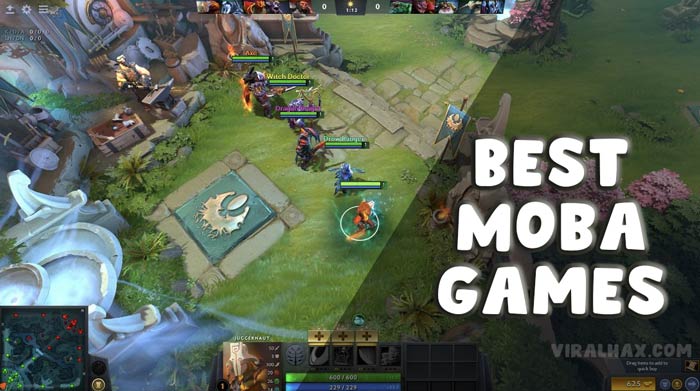 There are hundreds of different Moba games available on the internet, out of which only a few are worth giving a try. Here, we’ve picked out some of the best Moba games and made a list of them to save your time. So, let’s have a look at them below.

8 Incredible Moba Games You Can Play in 2020

Smite is one of the best Moba games that lets you step into the shoes of a God or Goddess and indulge in combats against other players. You can either enjoy playing it solely or team up with your friends to fight against your enemy teams. 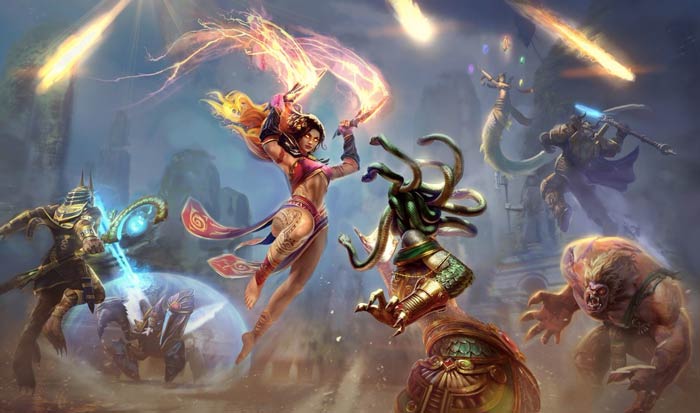 Each and every battle won will reward you with coins. You can make use of these coins to unlock several weapons and upgrade your character’s abilities and skills. The only and the primary aim is to defeat as many enemies you can and the quicker you are at doing so, the better you become.

Arena of Valor is another gem among the best Moba games of 2020 out there. It features a bunch of different combat modes including one vs one, three vs three and five vs five. You can indulge in any of them and fight against the real-world players online. 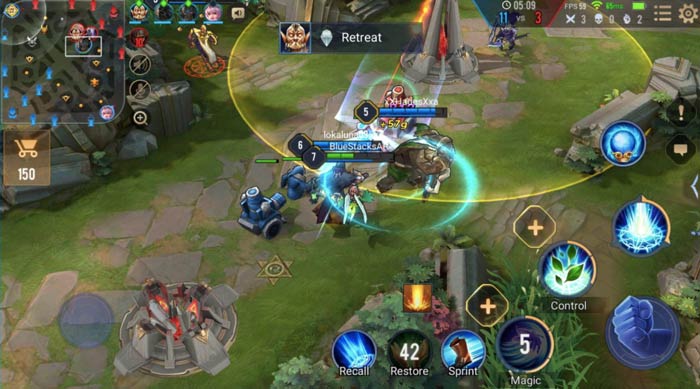 Each battle hardly lasts more than five minutes and players receive reward points for every battle won. Players can make use of these rewards to have better weapons and upgrade the ones that already have. You can either log in as a guest or use your Facebook account to login and start fighting against your enemies.

Mobile Legends: Bang Bang is one of the best Mobas of 2020 that lets you take control of a warrior and indulge in battles against other online players. The game features an extensive list of combat modes such as one vs one, three vs three and many more. 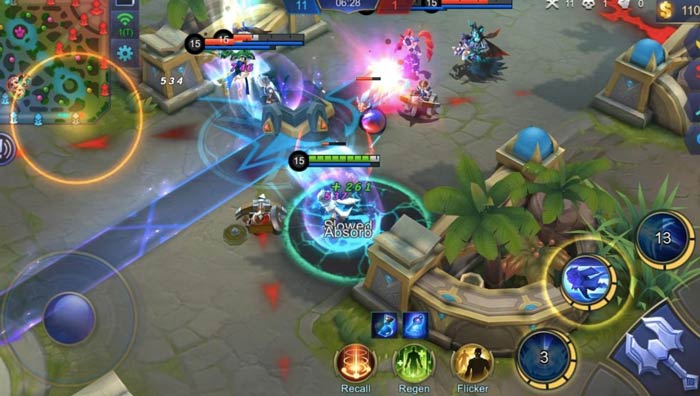 With simple controls and engaging gameplay, it really stands out of the best Mobas out there. The game does have a cooperative mode to offer. Players can make use of it to team up with their friends and indulge in combats against their enemies together with their friends.

4. Heroes of the Storm

Heroes of the Storm is a popular Moba game that has been rated as one of the best Moba games of 2020. Here, players can join in hands with their friends to indulge in the different combat modes available. In addition, it does feature some game modes including training, unranked and ranked. 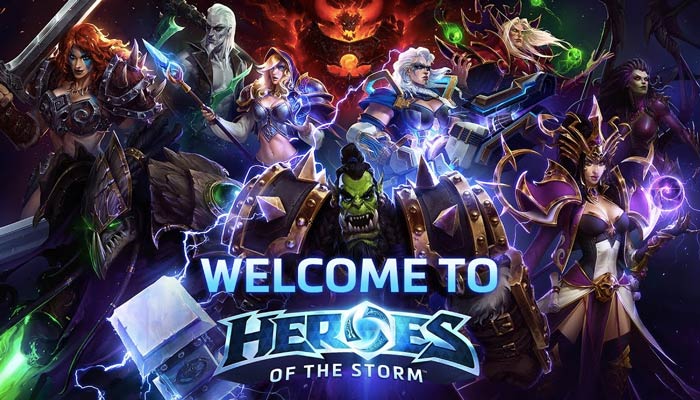 Each of them comes with different objectives and goals to achieve. The game features an extensive list of heroes each of them having a different set of skills and abilities. You can make a choice among them and go on an endless journey to fight against your rivalries.

Strife is one of the best Mobas wherein two different teams with a single objective in mind fight against each other. Each of them has control over a structure for which they need to make efforts to protect it. Each battle lasts more than 40 minutes and the team who succeeds in destroying their opponent’s structure wins the battle. 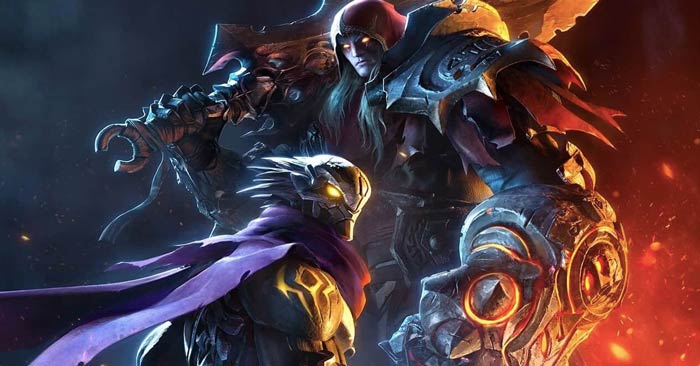 For each battle won, players gain experience points and coins. Players can make use of these coins to unlock new weapons and upgrade the older ones. The best part is they have designed it for both the Windows and Linux devices.

Battlerite is another gem among the best Moba games of 2020 out there. Here, players have to step into the shoes of a warrior to fight against their opponents. 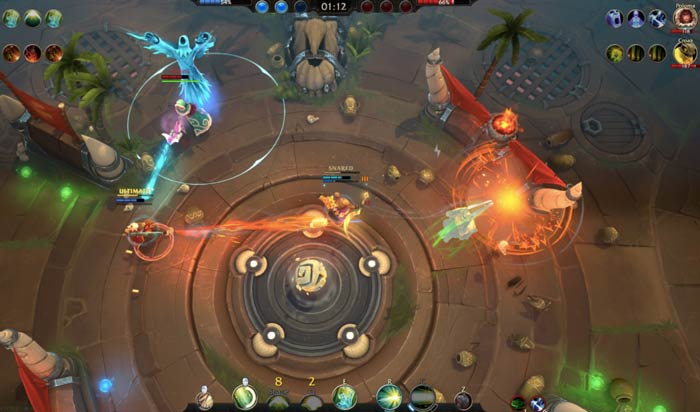 The game comes with an extensive list of modes and lets you team up with your friends to indulge in battles against real-world players. Players gain gold coins for every battle won and can use the same to progress further.

Vainglory is a popular Moba gaming title of 2020 that lets you indulge in battles against opponents cooperatively with your friends. It has over a dozen different gaming modes to offer. 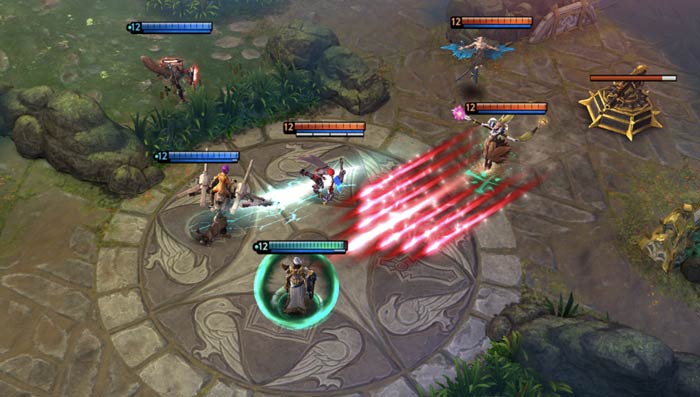 Each battle hardly lasts seven minutes and the team who defeats the opponent’s team wins the battle. Players gain rewards for every battle won and make use of them to unlock several weapons and power boosters.

Brave Legends is one of the best Moba games of 2020 wherein players step into the shoes of a warrior who goes on a journey to wipe out the entire evil empire from the world. 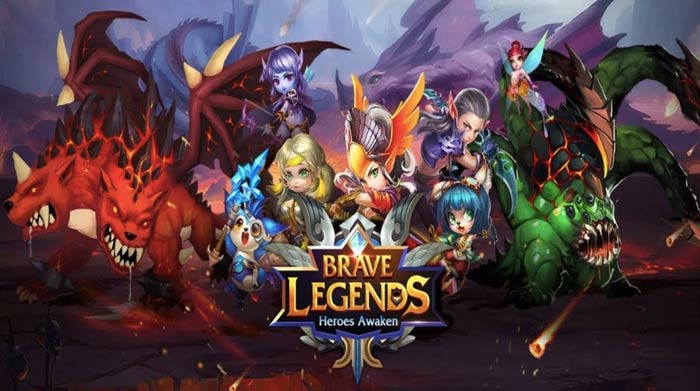 To do so, Players have been provided with an extensive list of weapons. They can make a choice among them and use the same against their opponents.

As you can see, there are a plethora of Moba games available on the internet in 2020. With so many choices, what could the right and entertaining one to play this week? The only way to find out is to try and start playing these titles one by one and keep playing the one that excites you the most.

So, what are you waiting for? Go, check out and start playing these amazing Moba games with your friends.