LG has launched the G4 model which has become a major overhaul to its predecessor LG G3. Normally, both the models may look similar, but there are a lot of differences between them. The LG G4 comes with a lot of new features and improvements which are not even present in LG G3. But still, some users will prefer to use LG G3 because of some features which are not available in LG G4. So, Now a question arises which one you should prefer and why? In order to find out the answer, I am going to do a detailed LG G3 vs LG G4 battle as follows: 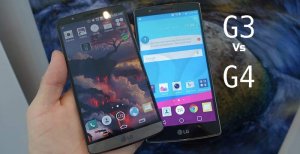 Differences Between the LG G3 and LG G4 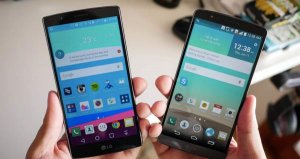 In terms of design, both the LG G3 and G4 looks similar to both following the same design code. Both of them have 5.5 inches screen and a slight curve at top and bottom of the screen. The LG G4 is available in black and brown, whereas the LG G3 only comes in black variant. With an elegant leather look, LG G4 feels more comfortable and premium as compared to LG G3. Moreover, the LG G4 is slightly larger, heavier and stronger than the LG G3 which makes it comfortable to handle and you don’t need to worry about any damage. 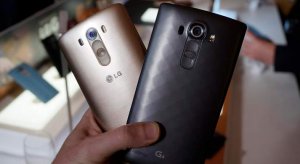 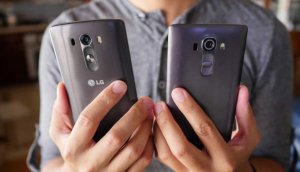 Both the LG G3 and G4 have the same 3000 mAH battery, but still, the battery consumption is different in both the devices. Since the LG G4 has the features and improvements which consumes less battery and provides longer battery life. On the other hand, LG G3 is not capable of saving even a few minutes of your battery life. But sometimes, due to high usage, the LG G4 consumes a huge amount of battery life even greater than the LG G3 model.

LG G4 has the 1.8 GHz hexacore snapdragon 808, whereas the LG G3 uses the 2.5 GHz quad-core Snapdragon and 2 GB of RAM. On the other hand, the LG G4 possess 3 GB RAM and better performance as compared to the LG G3. In terms of storage, LG G4 again wins the race with 32 GB internal storage, whereas the LG G3 has only 16 GB of internal storage which is quite less for carrying out our day to day tasks. Moreover, you can use a microSD card to expand the storage of both the devices.

As you can see that LG G4 has been featured in most of the sections above, so it can be the best choice for you. But, it doesn’t mean that it will work best for you. If you are still confused, then let me make it easy for you. If you are using LG G3, then it totally depends on you whether you want to upgrade or not. But, if you are looking for a new handset, then you should go for the LG G4 model. I hope this post helped you to make a better choice. If you found this helpful, then share it with others who are looking for the same.