MalwareFox is an antimalware solution that is gradually gaining popularity among security programs. With increasing demand, it is also raising the questions in the mind of the people, whether it is legitimate or safe to use or not? Well, let us find that out. 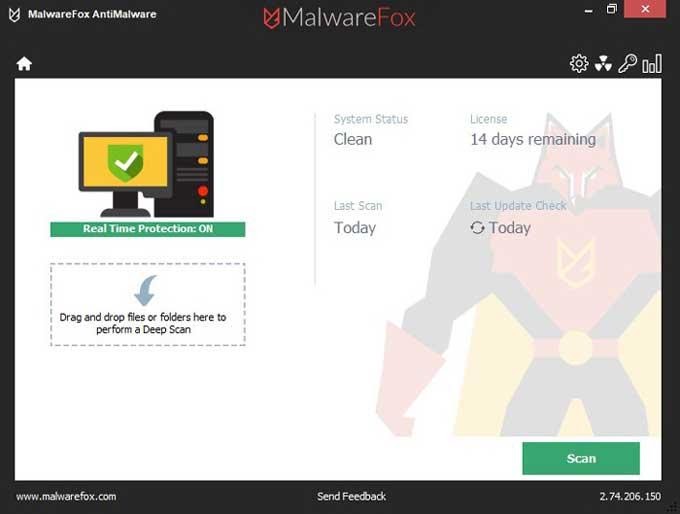 MalwareFox antimalware solution provides your system safeguard against every modern and old malware attacks such as Viruses, Trojans, Spyware, Adware, Browser Hijackers, Ransomware, and more. It is reputed as one of the most lightweight antimalware solutions because it uses minimal system resources to run and perform a scan. These are the main features of the MalwareFox:

The best way to know whether the software is legit or not is by checking the user reviews and ratings for that software. If we consider that, then MalwareFox is undoubtedly a legitimate and, in fact, a trusted antimalware program. Take a look at the Trustpilot rating and some of the user reviews for MalwareFox.

One of the customers, Kathy, stated that after using a number of other antimalware programs, her problem was solved, only after she installed the MalwareFox.

Another user, Dr. Hubert Hechabarria, mentioned that he had used many other antimalware which do not perform as they claim, but after using MalwareFox, he was fully satisfied. 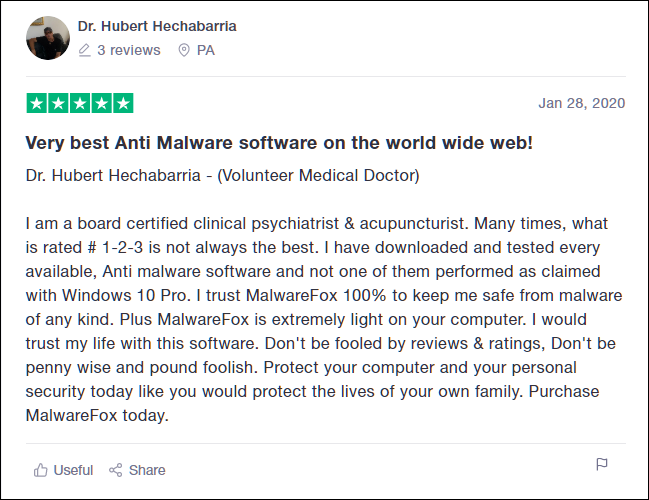 There are many more such reviews about MalwareFox that makes it very clear that it is a trusted antimalware solution used by many.

As we can see in the reviews, MalwareFox is used by many people, and they did not find it unsafe in any way. However, we would test it ourselves to check for any threat in MalwareFox.

For that, we would download the MalwareFox installer file and test it on VirusTotal. For those of you who don’t know, VirusTotal is a hub of the major security programs engine. You can test any file or link on the site for any malware.

So, when we checked the MalwareFox installer on it, this was the result. 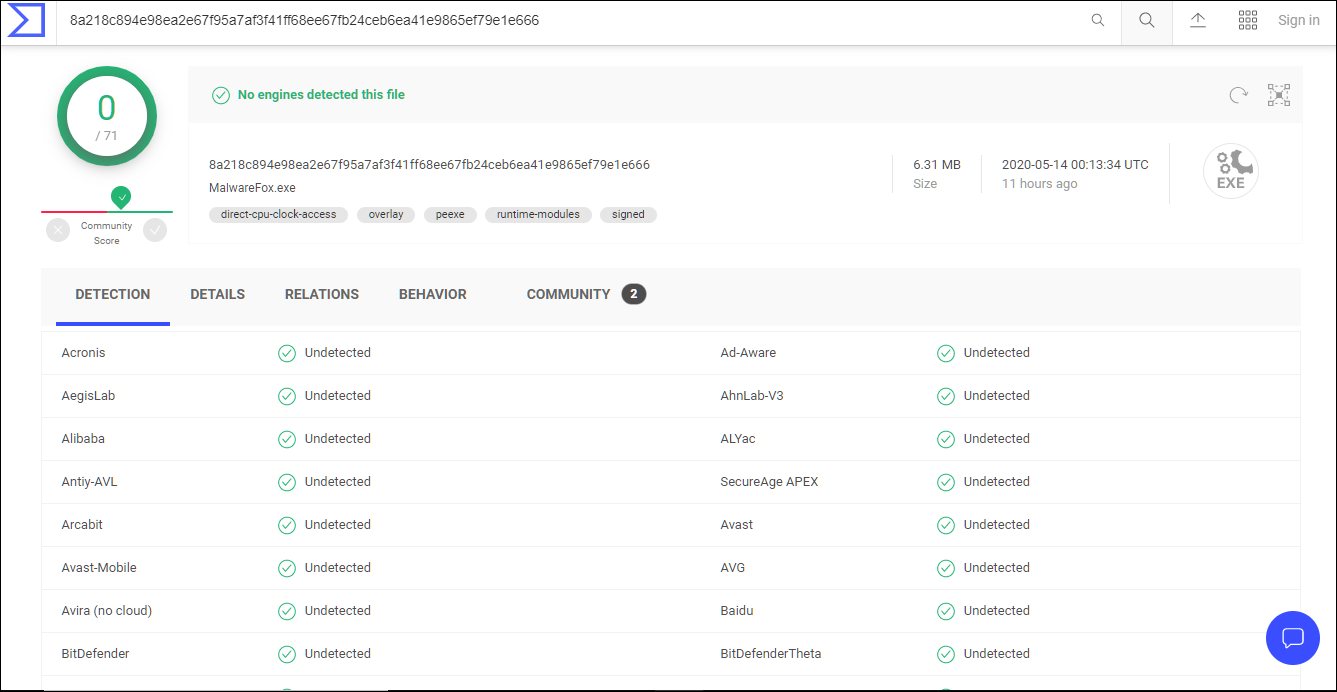 Clearly, none of the engine detected any malicious file in the installer, so it is totally safe to execute it.

MalwareFox is an emerging antimalware program. From the reviews and testing, it is crystal clear that it is legitimate software and completely safe to install and use. Not only this from the reviews, but we also get to know that despite being a lightweight program, it is quite effective and robust in malware detection. If you are thinking of getting it, you should definitely go for it.