Amazon’s instant video streaming platform Netflix and Hulu each offer the massive amount of content at a relatively low monthly cost. Each of them has a wide range of entertainment resources for the entire family. While the Netflix has the widest range of movies and TV shows, the Hulu plus offers a larger collection of the current TV shows and movies. So, which instant video streaming service is best for you? For that purpose, we’ve compared both the services, and we are going to share them with our readers. Here are the basic differences between both the video streaming platforms. So let’s start the battle of Hulu Plus vs Netflix:- 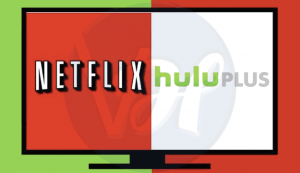 1. Hulu Plus vs. Netflix: Cost

Currently, both of them are providing extensive services at a very low cost, but the features you got at those prices might be different. So, firstly talking about the Hulu, it offers you two plans one with limited commercials and the other with no commercials. The first plan costs around 7.99$ per month the other one costs around 11.99$ per month. Also, a new streaming plan is still in beta in which subscribers can enjoy 50+ on-demand channels with no commercials.

On the other hand, Netflix plans are starting at 7.99$ per month in which you will get one screen at a time and standard definition. Also, if you are tech savvy, you can opt for the 11.99$ plan in which you will get 2-4 screens at a time with high definition. Most of the people who love to share their screens with their family members or roommates must opt for the 11.99$ plan. 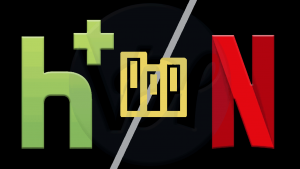 Hulu offers some movies, but it is known for its vast library of TV shows including the recent releases. The Hulu service is unique because it can release Tv shows so quickly, often within a day after the original airing. It features shows from premium TV channels such as NBC, ABC, FOX, USA Network, Brave, etc. Moreover, Hulu has created some of its original series like A Day in the Life, Battleground and scheduled some shows to be released in 2019.

The advantage of Netflix is that it has more tv shows and movies as compared to the Hulu network. Hulu often has most of the tv shows even after the initial release, while the Netflix may not have tv show episodes up to a year. Same as Hulu network, Netflix also have their original series such as House of Cards, but they are far better than the Hulu network.

The Hulu web platform is incompatible with Apple products such as iPad and iPods because it uses Flash. Although, Hulu Plus members can stream videos on many platforms including Apple devices, Xbox and Nintendo 3DS. Additionally, Hulu has its app available on iTunes for Apple users which bypasses the Hulu’s website use of Flash.

On the other hand, Netflix apps are available on almost every platform such as Android, iOS, Roku, Windows and lots more. Same as the Hulu network, it supports video streaming on some of the popular devices such as Xbox, Nintendo 3DS, PlayStation 5, etc.

Final Verdict: Which one is Better for you?

The answer may differ depending on your needs and requirements because some people love to watch Tv shows and other people watch movies. So, if you are a fan of films, then Netflix is the best option for you, whereas if you want to stay updated with latest Tv shows, then you must opt for the Hulu network. Of course, while comparing them with the cable tv network, it is cheaper to get both the Netflix and Hulu Plus which only costs you around 16$ a month.