If you have ever formatted your computer, then probably you have been given the choice of NTFS and exFAT. In fact, both of them are file system which is installed on your device and you have to make a choice between them. So, what would you choose to decide on a better file system? Simply nothing! Just read on this entire post and see the differences between both the exFAT vs NTFS file system. But, before this, you must have knowledge of the file system and its importance in your device. 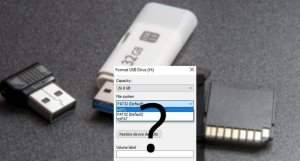 What is a File System and What’s its Purpose?

A Filesystem is a set of rules and data which is set in in order to decide the way in which the information will be stored on your device. It helps your computer to recognize data and store it in an organized manner. If the file system gets removed from your device, then your device will have only a large amount of unorganized data and information.

The sole purpose of the File system is to store data and help your device to recognize it without having any problems. There are different types of file system, but today we are going to discuss the two exFAT and NTFS.

Also Read:- Ecobee vs Nest: Which One is the Best Option to Choose?

When we look at compatibility, both the file systems seem to be compatible with almost every device, but still, there are some differences in terms of compatibility.

In terms of usage, both the files system have their own uses. The NTFS file system is best for the internal usage and you can use it whenever you want to install a heavy software on your device.

On the other hand, the exFAT file system can be used either for the external device or whenever you want to store or transfer files larger than 4 GB. The NTFS file system has some cross-platform compatibility issues, whereas the exFAT doesn’t have this issue.

exFAT vs NTFS: Which One is the Best Option?

It still seems quite difficult to suggest you a better choice because both the file system have their own pros and cons. If you ask me, then I would recommend you to use the NTFS file system, but it doesn’t mean that the exFAT file system is a garbage. You can also use both the file systems depending on your requirements and situation. I hope you found this comparison helpful. If you found this helpful, then share it with your friends who are facing the same issue.