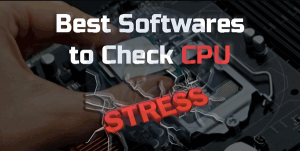 Best Tools For CPU Stress Test On Your Computer

Basically, the CPU stress test is the process which ensures the reliability and stability of your computer system. It helps you to determine the performance of your system so that you can decide either your system needs a repair or not. So, without any more discussions, let’s explore the best tools which will help you to perform a PC stress test: 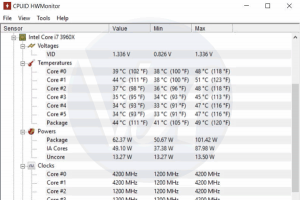 HW Monitor is an excellent tool that lets you check your system performance in just a few clicks. It contains a simple, clean and easy to use interface. The interface displays a lot of real-time information such as utilization, temperature, clock speed and power. While both the CPU and GPU are designed to maintain their temperature under 95 °C, but some laptops won’t be able to handle so many operations at the same time and they may cross into the 100 °C level. If you are worried about it, then you can install HW Monitor to check the temperature of your system.

Also Read:- How To Check CPU Temperature in Windows

The Memtest 86+ is the best tool which you can use to test your RAM components to ensure whether they are working correctly or not. Although it’s not available to be stored on your Windows device, you can easily load it onto a bootable flash drive so that you can use it anytime to perform a Memory test. Once the Memtest 86+ is stored onto a flash drive, simply reboot the system and then set the system to boot from the flash drive. Once you do that, Memtest 86+ will start automatically and then it will perform a Memory test on your computer.

FurMark is another best tool which you can use to perform graphics tests like rendering, resolution, anti-aliasing,  screen mode etc. The program is highly effective and pushes your GPU to the extent that even the most demanding games will run on your computer. The best part is that if your GPU has some problem, then this program will notify you within 15 minutes. You can also fix almost every problem using this program. In short, Furmark is a powerful tool which you can use to perform a CPU stress test. 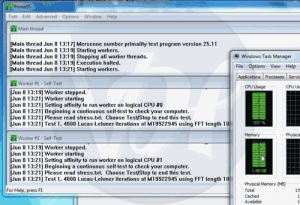 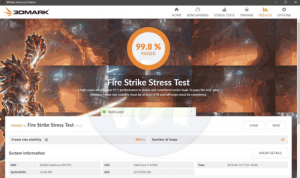 3D Mark is better known as the benchmark, but it can also be used as a tool to perform a GPU stress test. It generates a heavy workload on the GPU unit so that it can determine the performance of the GPU. It contains both the free and paid versions. Using the free version, you will not be able to perform more than one benchmark at the same time. But, when you are using the paid version, it allows you to loop the benchmark indefinitely so that you can track the GPU stability while playing heavy games on your computer.

That’s it! Above are the best tools which you can use to perform a CPU stress test on your computer. I hope this post helped you to get what you were looking for. If you found it helpful, then share it with your friends, family, and relatives. Also, if you have any queries or questions to ask, then drop them in the comment section below so that I can help you out.