A few years ago, PSP was launched by the Sony in the era of feature phones, but it didn’t manage to complete the PSP consoles. As a Game Addict, I always wanted to play addictive and deadly games, but at that time, most of the games weren’t available and if available, then you need to spend a chunk of money to buy them. 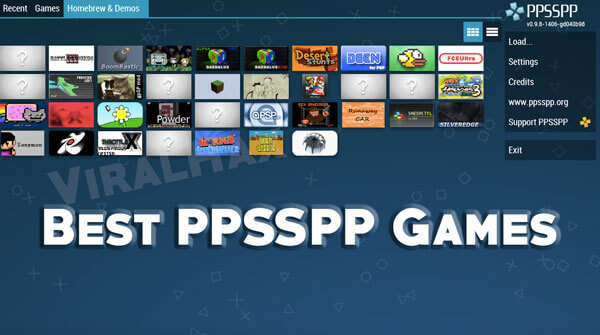 If you still miss them and want to play them on your smartphone, then you can do so using the PPSSPP emulator and here’s the list of some deadly and best PPSSPP games for android of 2021 which you should play right now.

Best PPSSPP Games For Android of 2021

1. GOD of War: Ghost of Sparta

GOD of War is one of the best PPSSPP games which you can play on your smartphone using the PPSSPP emulator. The story revolves around the lead character whose name is Thanatos and he seeks the kill the God of death in the entire game.

During his journey, he has to fight with a lot of other enemies to reach the God of death. You will also find a lot of your friends Deimos along the way. So, what are you waiting for? Go and start playing this amazing game on your smartphone right now.

Tekken 6 is another addictive game which every gamer had played once in his or her whole life. It was released a few years ago and became one of the best PPSSPP games for Android Phones of 2021 within a short span of time.

In the recent updates, the PPSSPP emulator was unable to support Vulkan, but if it supports Vulkan on your device, then you should play this game on your smartphone. Long gone were the days, when I used to play this game on consoles, but now I don’t need to do so as I can play it on my Android smartphone.

Call of Duty is a mission combat game in which you have to act as a soldier who goes on a war to fight for his country. It’s a first person shooting game and you need to complete missions along with fighting for your country. German forces will try to conquer your country and you need to face them and defeat them during the World War 2. You just have to download it on your smartphone and then you can access it using the PPSSPP emulator installed on your smartphone.

It was the first game that was released by the Grand Theft Auto team which they released for the PSP consoles. If you loved the GTA 3 to play on your computer, then you would definitely love to play this PSP game on your smartphone.  The story revolves around the lead character of this game who wants to own everything under the name of Leone family. If you are a serious gamer, then you must play the Liberty City Stories on your smartphone using the PPSSPP emulator.

FIFA 12 is one of the best PPSSPP games For Android which every soccer fan would love to play on his or her smartphone. It was released back in 2013 for almost each and every device including the PSP console. You have the choice to either play it online or offline. If you play offline, then you need to compete with the virtual players. On the other hand, you can compete with real players in the Online mode. The best part is that you can become a manager and then take decisions as a manager of different teams.

So, these were the best PPSSPP games of 2021 which you would love to play on your smartphone. I hope this post will help you to find your favorite game. If you found this helpful, then share it with your friends to let them know about these amazing gaming titles. Also, if you any suggestions, then feel free to get in touch in the comment section below.