On June 23, 1996, a little gaming console called Nintendo 64 was launched, forever changing the way we think about the video games. Whether you loved it for having your first glimpses with Super Mario 3D or the first experience with the competitive gaming in GoldenEye 007, almost every person has a fond memory of playing on this iconic console. The Nintendo 64 may not be the Nintendo’s best console, but it’s still loved by most of the people. So, let’s take a look back at  Nintendo 64 console and the list of its best n64 games. 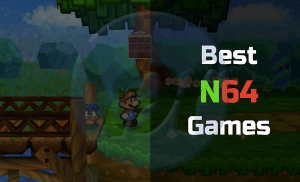 Super Mario 64 is a 3D action and adventure game officially developed and distributed by Nintendo team. It’s the first n64 game of Mario series to use 3D graphics. In this game, you just have to control a character called “Mario” through several courses. The courses are filled with enemies who attack Mario, as well as friendly creatures who provide assistance and protection to Mario. The gameplay is very simple, all you have to do is just gather stars in every course. As more stars are collected, more the areas of castle hub will be accessible. 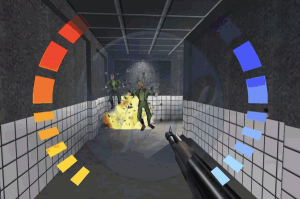 GoldenEye 007 is a shooting n64 game which supports both single and multiplayer mode. In the single mode, the player has to take the role of James bond and travel through various levels to collect some objects. The levels will be full of enemies and the player has to use weapons to kill them to rescue the hostages.

The multiplayer mode allows two, three players to compete against each other in five different types of Deathmatches. All the players have two lives before they are eliminated from a particular round. The player who survived till the last round will be the winner.

Also Read:- Best 3DS Emulators that You Must Use

3. The Legend of Zelda 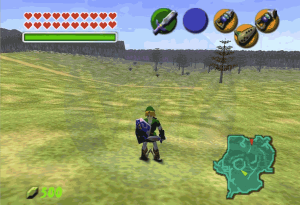 The Legend of Zelda is an action-adventure n64 game with role-playing elements set in an extensive environment. The player has to travel in a three-dimensional world to fight with the enemies with a sword and shield. The player can also use the Z-targeting attack which follows the target and execute the attack automatically without manual aiming. When using this technique, the context-sensitive actions allows you to perform multiple tasks, simplifying the control scheme.

The Legend of Zelda Details 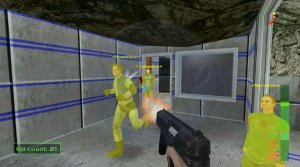 Same as Legend of Zelda, the perfect dark is a first shooter Nintendo 64 game which features both the single and multiplayer mode. In the single mode, the player has to travel throughout various levels to fight with the evil and save the innocent people. The player has access to a wide range of weapons which will be unlocked during the training session.

The multiplayer mode allows you to travel with two-three computer-controlled players in order to tackle the missions together. In addition to this, the Nintendo 64 game features a Counter mode in which the computers take place of the enemy and you’ve to stop them to do any destruction.

Also Read:- Best Fallout 4 Weapons and Where to Find them? 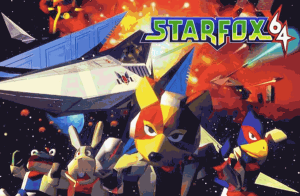 Star Fox 64 is a 3D shooting Nintendo 64 game in which the player has to control a plane and to fight with the other ones. The player can use the laser cannon in order to dodge the obstacles and to defeat the enemies. Throughout the game, the player has to fly in the plane and accomplish the objectives laid down in a particular level. This includes collecting various power-ups which can help you to survive throughout the game.

So, Which one of the above do you think is the best n64 game? Which Nintendo game do you love the most, let us know in the comment section. Also, don’t forget to share this list of best n64 games with your friends to let them know these awesome games exists.