Skyrim has been out for a long time and most of us have hours of gameplay on this unique & amazing game. There’s no doubt in the fact that it’s one of the best game of the decade, but it may seem you boring because after a while there’s not much you can do in this game. To make this game more immersive, different mods have been created over time again and again. These best Skyrim mods can either change the surroundings of the game or add some extra quests to the Skyrim game. 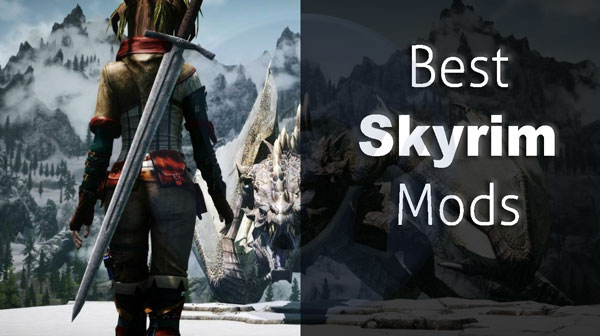 So, now you have all the basic information about the Skyrim games and mods. Here is the list of some best must-have Skyrim mods which you should definitely try. 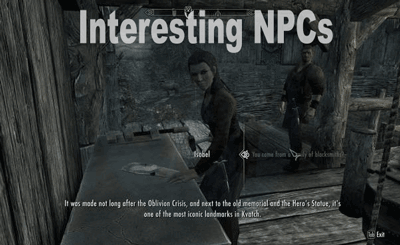 The Interesting NPCs is the best Skyrim mod of 2020 that changes the color of surroundings and adds life to the game through three-dimensional characters. Each character has been plotted in the game for some reason and with a backstory. Many of them have the talent of exploring voices of 80 different actors. The dialogues choices allow you to have an interesting conversation and dialogues while talking with the characters. The most important character will be you. You can be a jerk or a jester, or an assassin or knight.

The MoonPath to Elsweyr is another best Skyrim mod of 2020 which changes the surroundings and brings an unfamiliar unseen reaches to Elsweyr, the hometown of the Khajit. The Mod contains a lot of enemies especially the jungle spider that’s an ambush predator. The spider is quite powerful and you must have the power of at least 10 to fight with the spider. Also, In the incursion quest, there is a group of Thalmor. You have to fight with them and survive until you reach the victory point. 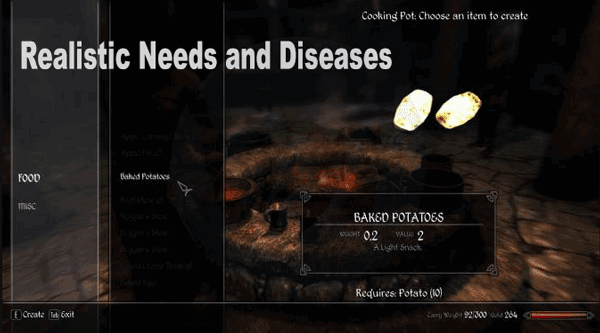 Realistic Needs and Diseases is relatively a new Skyrim mod in which you will see the water of rain that can make you sick. Also, you have to find some food or eatables to feed yourself. If you can’t be able to feed yourself, then your power will keep on decreasing and you won’t be able to fight with your enemies. This mod also has a wage feature that helps you to collect funds. The funds can be used to purchase new weapons and food for the horses and other animals. 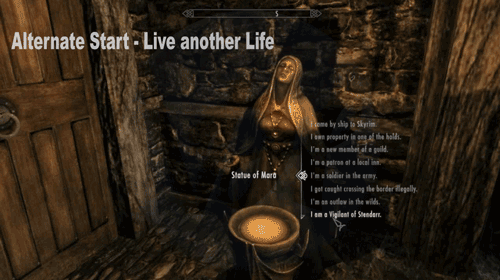 The Alternate Start is one of the best and interesting must have Skrim mods which gives you the chance to live in another world full of risks and enemies. There will be no light in the dungeon and it’s been so long since you have seen the last daylight. The worst thing about this mod is that you are running out of food and water which you have to collect and feed yourself otherwise you will die. Moreover, you have also the option to choose your race and new life for your character to lead in the game. 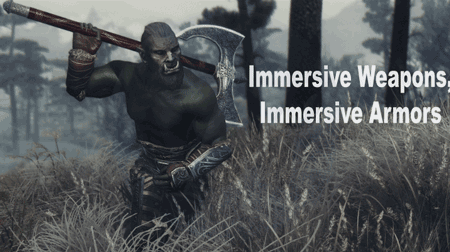 So, Above are the best Skyrim mods of 2020 which you can install to add some exciting features to the wonderful game Skyrim. We hope this post helped you to find what you were looking for. If you found something helpful, then share it with your friends, family, and relatives to let them know about these amazing Skyrim mods. Also, if you have any queries or suggestions for us, then feel free to connect with us through the comment section below.