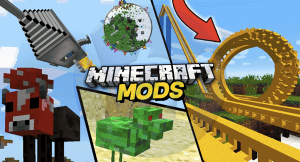 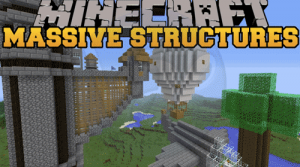 The Instant Massive Structure is exactly as it sounds. You can put the massive structured blocks on the ground and voila! a massive structure has been crafted instantly in front of your eyes. Using this mod, crafting the massive structures becomes an easy task and there are around 800+ structures are available which you can use to create the largest cities within a few minutes. In simpler words, if you are looking forward to creating biggest structures in no time, then this mod will be a gold mine for you. Grab it here

Have you ever explored a new area in Minecraft where you haven’t found anything except emptiness? If yes, then this mod fixes the issue by replacing those areas with pre-generated villages. You can trade with the village’s people and help them to develop their villages. You can also assign various tasks to the villagers like a Lumberman collecting wood from the trees, farmers planting new crops. There are several machines available which can be moved between various villages to support trade system. Grab it here. 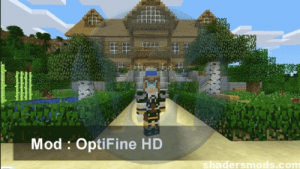 Despite having simple and sometimes ugly graphics, Minecraft still needs a powerful computer to run smoothly. Therefore, lagging happens so often that it leads to the unexpected death of the player. If you are facing the same issue while playing Minecraft, then Optifine mod will be the best solution for you. Basically, the Optifine is a best Minecraft mod which makes it run smoothly by using fewer resources on your computer. Usually, it doubles your FPS which leads to enhanced and smooth performance. Grab it here. 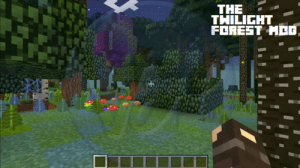 Are you a die-hard fan of forest adventuring? If yes, then this mod adds a fantastic forest dimension that hides both the valuable treasures and horrible monsters from the game. The dimension will be full of trees, so dense that you can walk on them. In fact, it suspends the day-night cycle, making sleeping impossible. In order to create a portal, you just have to throw a diamond into a pool and then the portal will be generated instantly in front of your eyes. Once created, just look around and you will be able to find hollow hills, glaciers, lich towers and many other things. Grab it here. 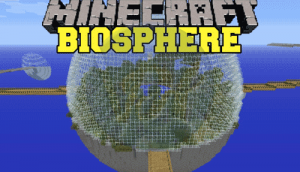 The Biosphere is another best Minecraft mod which lets you generate a world filled with lots of glass spheres each containing a different biome. There are some random chances of a lake to be placed at the centre of each biosphere usually filled with water, but rarely with lava. All the biospheres are connected with each other and beside each sphere, there will be a smaller sphere, where you will find the diamonds and lapis lazuli. In short, Biosphere is one of the top Minecraft mods which you can try right now. Grab it here.