Apple Music or Spotify? Which one is best for me? Which one deserves my hard earned money and so on? In this ultimate Apple Music vs Spotify battle, we are going to list down some differences between both the services so that you can decide which one is the right option for you. 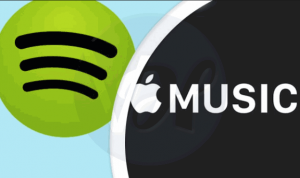 There may be a lot of questions which are popping up in your mind. If you are thinking about which music streaming service you must choose, then you’ve landed on the right page.  So, without taking up any more time, let’s start.

Also Read:- Spotify vs Pandora: Which One is Best For You? 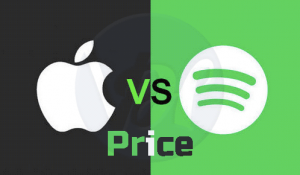 In the terms of price, both Apple music and Spotify are evenly matched. Both of them offer their basic plan for 9.99$ per month. They also have a family plan which will cost you 14.99 per month and gives access to up to six members. Apple Music also offers a free 3 months trial for their premium version, whereas the Spotify doesn’t.

Moreover, the Apple music also offers a special discount for students which allows them to pay 4.99$/month instead of 9.99$/month, whereas the Spotify doesn’t have such kind of discounts.

Also Read:- 5 Reasons Why Should You Use the Spotify Web Player? 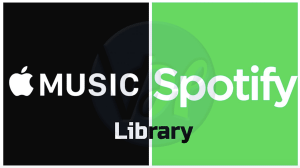 At this point, both the streaming services relatively matched when it comes to their music collection. Apple music claims to have more than 40 million songs, whereas the Spotify has more than 30 million songs. These numbers are not definite because things may vary depending on your location.

Thanks to the Apple’s iTunes, which allows you to upload music to your Apple music library for easy browsing, whereas Spotify doesn’t allow you to upload your personal music to their cloud storage library. 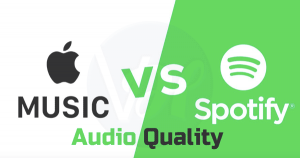 Currently, Apple Music streams music at the maximum end of 256 kbps which is relatively lower than the Spotify extreme sound quality of 360 kbps. But, it doesn’t mean that Apple Music offers crappy music quality. In the terms of audio quality, I had a hard time to find a difference between them, but sticklers will find Spotify more useful than the Apple music.

But before making any choice, keep in mind that Apple music is AAC whereas the Spotify tracks are in MP3 format. At the audio quality of 256 kbps, AAC is considered as a better option than the MP3 music tracks. 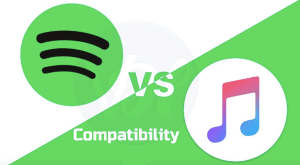 Spotify also supports the Google Cast, whereas the Apple music is still crafting his own way to be available on almost every platform. In terms of compatibility, it’s clear that Spotify has the higher end.

Apple Music vs Spotify: Which One is the Right Option?

It’s very difficult to decide which platform will work best for you because all humans have their own choices and requirements. So, how can you choose the right option? As both the streaming services have a free trial, so you can try both of them one by one to decide the right option for you. I hope this post helped you to get what you were looking for. If you found it helpful, then share it with your friends, family, and relatives who are also looking for the same.