When you decide to upgrade your computer after years of stalling, then there are hundreds of different components to purchase. But the first and most crucial component is to choose the best processor for your computer. Like Android vs. iPhone, Hulu Plus vs. Netflix, AMD vs Intel is another one vital debate for PC users. Both the processors are different from one another as the products they produce. So, let’s dive into the discussion to find out which one would be the best option for you. 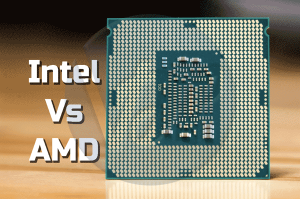 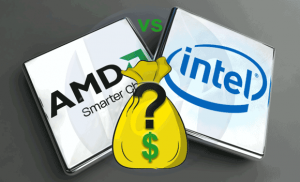 With cost serving as a major factor in upgrading your PC, choosing the right processor would often come down to find the one which offers a bang for your buck. Regarding price, AMD chips are cheaper than the Intel chips starting at about 30$.

In comparison, a low-end Intel chip will cost you around 40$. That said, as you climb up the ladder, you’ll find the Intel offerings are always coming higher than the AMD chips. 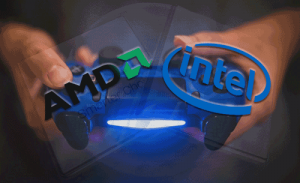 Gaming is another one area where picking the right CPU can get tricky. All the Intel processors are designed to provide you best 3D graphics, but the performance of these chips are not up to par for supporting games with heavy graphics.

On the other hand, AMD chips don’t have integrated graphics, but they’ve combined the processor cores and graphics cores into a chip called Accelerated Processing Unit, Although these tend to provide you better performance as compared to the Intel’s on-die graphics solutions – especially with the new generation Vega powered models. 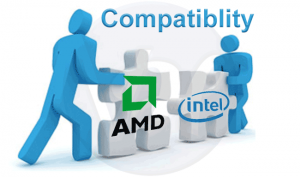 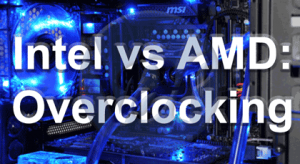 The AMD processors have been known for its great overclocking potential. This is true in the case when it comes to most of the AMD processors. Each model is unlocked which means that the user is free to overclock as long as the motherboard supports it.

On the other hand, the Intel owns some specific models which support the overclocking. Ultimately, the overclocking varies from model to model, which is a downside of Intel CPUs. So, the AMD processors have the upper hand in this regard, as all the models can often be overclocked to a greater extent.

AMD vs. Intel: Which One is Better?

So, Above are the features which you can consider to decide whether the AMD is best or the Intel is best? At this moment, we give the lead to the AMD processor. This is not because they perform better, but because of the current market situation.

And here’s the answer that you’ve been waiting for:

Pick AMD if you’re looking for cost-effective CPU with future proofing and Pick Intel if you want some extra benefits and you are ready to pay for it.